Yogi Ashokananda is an expert and pioneer as a practising master of yoga and meditation and a speaker on humanity and spiritual philosophy. Raised in India, he has been practising yoga since early childhood when his Grandfather was his first teacher. He is also a Reiki Master. Over many years Yogi Ashokananda has been fortunate to develop his teaching, experience and education of yoga under some of the great, remote, Indian masters and siddhas. He has taught the teachings of the Bihar School of Yoga, the Sivananda Ashram, hatha yoga and meditation at the Shri Ved Niketan Ashram, Rishikesh and the Yogamaya Ashram in Vrindavan. Now he teaches a number of his own profound disciplines and insights which have their roots in ancient, sacred Indian tradition.

“People have become more intellectual, but they have lost their wisdom and heart.  We have lost our awareness. Whatever we are gaining, we are gaining at the cost of the soul” Yogi Ashokananda

As well as teaching in the UK and internationally, Yogi Ashokananda founded the Indian registerd charity, Yogi Ashokananda Foundation in 2013 and the UK based charity Ashok Tree Foundation in 2014. These foundations were established with Yogi’s vision to help to relieve the impoverished conditions and promote human rights in identified communities through a holistic, sustainable and long-term approach. The Foundations’ efforts are focused on driving the sustainable advancement of education, wellness health care and social needs within communities where resources are severely limited and out-dated by building two-way partnerships between the locals in the communities and the foundations’ active trustees and volunteers.  The Sita Devi School was established in 2008 by Yogi Ashokananda and is now managed of the Yogi Ashokananda Foundation.  The school provides a primary school education in the village of Paliapattu, Tamil Nadu India to students aged 4-10.  Meditation and Yoga are core to its curriculum.

Residing mainly in the UK, Yogi Ashokananda teaches classes, workshops and retreats extensively throughout Europe and internationally. He is a registered senior teacher with Yoga Alliance UK and runs teacher trainings through his registered yoga school, Yogi Ashokananda School Yearly retreats and teacher training are also run at The Ashok Tree, Tiruvannamalai, India.

He is the founder of Himalayan Hatha Yoga and Prana Kriya Yoga, practices which reflect his strong respect for yoga as a complete holistic system in itself and which are based on ancient, traditional principles. His yoga is strong yet supportive and works through the entire body, cleansing and revitalising through special sequencing with a combination of sukshyam vyayam (subtle energy body exercise).

With a vast experience of meditation, Yogi has established some of the most simple and effective meditation techniques to accept, transform and embrace the material and spiritual aspects of ourselves. These include the Science of Relaxation active Meditation and Atma Meditation as well as having developed and taught his own practices of Kriya, Tantra and Kundalini Meditations.

Yogi Ashokananda is regularly invited to give talks, discussions and satsang at many institutions and renowned organisations. The various topics of interest include “Enlightenment and all it entails”, “Addiction and Freedom of Mind”, “The misconception of spirituality”, “Yoga and Modern Life”, “The Power of Relaxation” among others.

Yogi sees the journey of yoga and meditation as one which allows you to see all of yourself; his philosophy of “without engaging the vehicle, you cannot make any journey” applies to the engagement of the physical, emotional, mental and psychological aspects of oneself through his practices of yoga and meditation. The spirit or soul, he says, does not need healing as it is already whole and complete; it is the consciousness, the awareness around the soul and the mind which yoga and meditation can help to clear giving you access to the spirit or soul. The aim of the practices is to bring you to the centre of yourself so that you can transform you and your life from this authentic place within you.

His Power Yoga & Kriya Yoga DVD is available internationally.  He has press coverage from Yoga and Health magazine, Om magazine, Yoga Magazine, Top Sante magazine, The Province newspaper (Canada) and writes a monthly column for South Asian Choice newspaper (Canada) and has been interviewed by numerous organisations, tv and radio including Spiritual Matters radio and was featured in a Channel 4 Production called “Breath”. 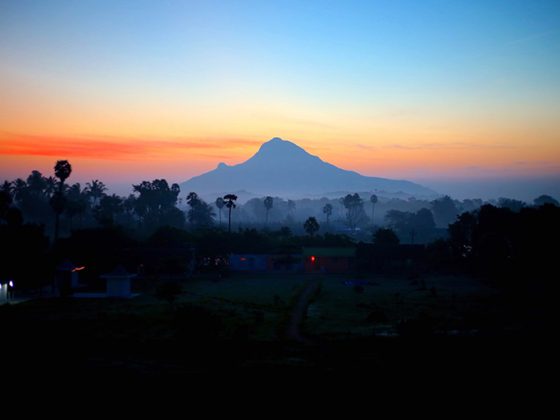 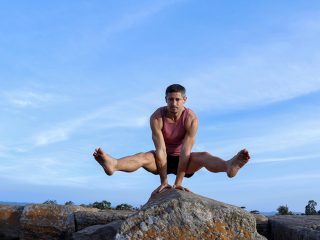 Yogisattwa is an online publication about yoga, meditation, health, nutrition, travel destinations and holistic health. We publish inspirational stories, educational articles and life changing experiences of ancient healing techniques. Our experts, gurus, share their wisdom, their vision, their stories and advise you how to apply all these ancient healing techniques to modern lifestyle. Yogisattwa is to guide and inspire you to reach or discover your true yogi within you.